In March 2005 Kentish Council sponsored a workshop to discuss ways to increase the tourism potential in Sheffield. At a subsequent public meeting a group of local artists decided to create an art studio and exhibition space as a tourist attraction in a council owned facility, the Old Courthouse which was being offered to them free of charge. The group decided to call themselves and their venture The Working Art Space.
In August of that year a decision was made by the group for several reasons to affiliate with the state-wide organisation Tasmanian Regional Arts (TRA). The group became the Kentish branch of TRA and adopted the name of Tasmanian Regional Arts Kentish, (TRAK) although they still traded as The Working Art Space (WAS). The official opening of the WAS took place at the Old Courthouse on 4th Sept 2005. 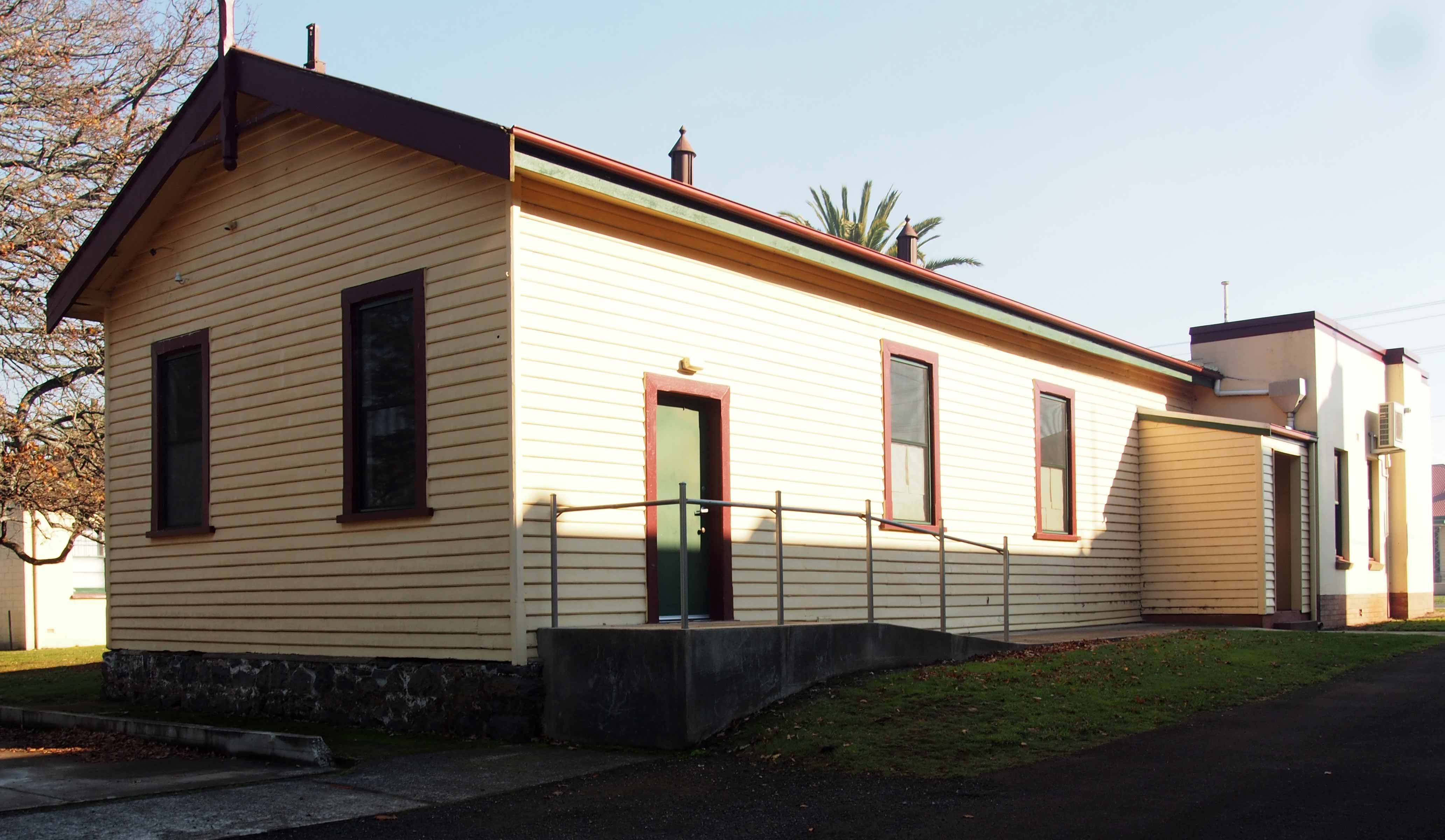 The group soon outgrew this facility and another venue, the Old Drill Hall in Albert Street was offered by Council as an alternative home. Despite the Hall’s disadvantage of its location away from the centre of town, its advantages of space and proximity to public amenities outweighed this and the group jumped at the chance to relocate to these new premises.

The Council agreed to fund the structural restoration of the building whilst the TRAK Committee sought funding for materials for the internal refurbishment, enlisting the help of other TRAK members to undertake the work. This new WAS facility was officially opened by the Mayor of Kentish on 12th August 2006.
The group offered gallery space for sales of local artworks on a cash only basis. It also ran regular workshops, hosted TRA travelling exhibitions and performances and was involved in other local and regional art related events. 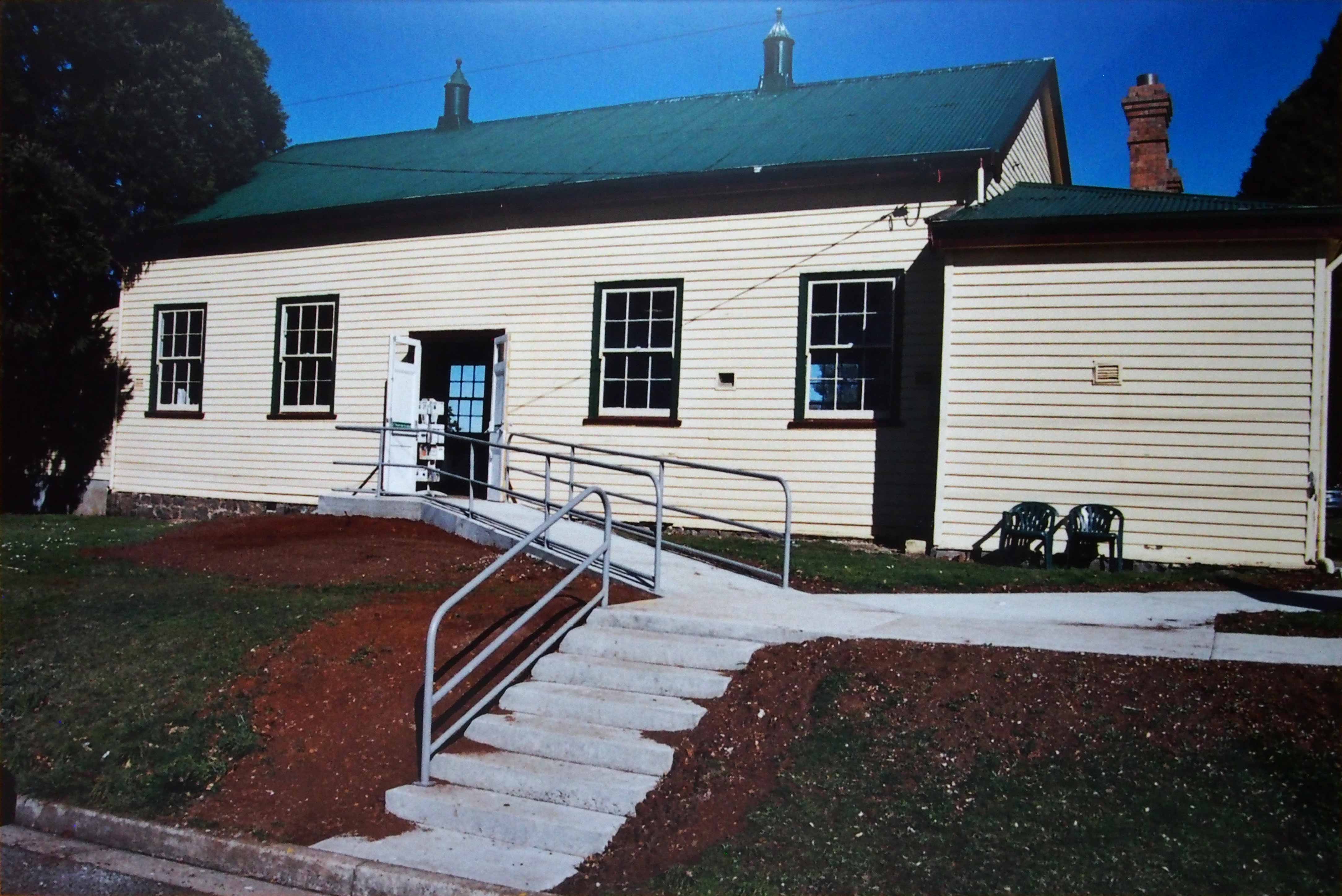 In 2007 the local Mural Fest was at risk of folding due to lack of funding and volunteer help and eventually became a subcommittee of TRAK to take advantage of services and Insurance provided under the TRA umbrella. Many TRAK members became heavily involved in Mural Fest at this time both as artistic participants in the event and in various other volunteer capacities which helped keep the competition afloat.

The huge success of the 2008 Global Mural Fest event held in Sheffield proved to be a turning point for the competition and as a result International Mural Fest Sheffield was born. The event has gone from strength to strength ever since and is now attracting more artists from interstate and overseas than from within Tasmania itself, truly living up to its name as an international mural competition.

In 2009 a space behind the council owned Visitor Information Centre formerly used to house the “The Panorama of Kentish” and then a couple of retail craft shops became available when the last tenant, “The Blue Gum Gallery” relocated to Main Street. TRAK attempted to secure this space with assistance from a TRA initiative called “Branching Out” but later withdrew its application, mainly due to the high rents being sought by the Council. Other businesses also withdrew their bids and the area remained vacant for a couple of years.
This year also saw the dissolution of the TRAK committee largely as a result of internal differences and the resignation of the person who was the original driving force behind the group.

Early in 2010 a former committee member, in consultation with Council re-formed the committee by recruiting mostly new members. This new committee focused on re-building trust within the community with such initiatives as an “Artists at Work” open day designed to encourage people to visit the gallery to see what the group had to offer.
Funding was also successfully sought to upgrade the interior of the Drill Hall building and in 2011 work began to upgrade the kitchen, install track lighting and reverse-cycle air conditioning and insert glass panels in the solid wood front doors.

In 2011 the president approached the council to be allowed to use the still empty space behind the information Centre on a temporary basis until a paying tenant could be found. The Council agreed to this and members spent many hours bringing the space up to a standard befitting an art gallery. The space was officially opened on 9th August and was named ON TRAK. This gallery would serve as a display only space since there were insufficient volunteers to man two galleries and process sales.
It was clear that visitors were keen to purchase some of the art on display and the VIC agreed to process sales on TRAK’s behalf. It soon became clear that it would be advantageous for TRAK to man the gallery and process sales itself. To attract volunteers to man the two galleries, a reduced commission system was introduced based on days worked per month. An initiative taken the previous year to register TRAK as an authorised organisation to accept Centrelink Mature Age and NewStart recipients needing to fulfil their obligations came to fruition and by the end of the year several Centrelink volunteers were working multiple days per week allowing TRAK to keep both galleries open most of the time. 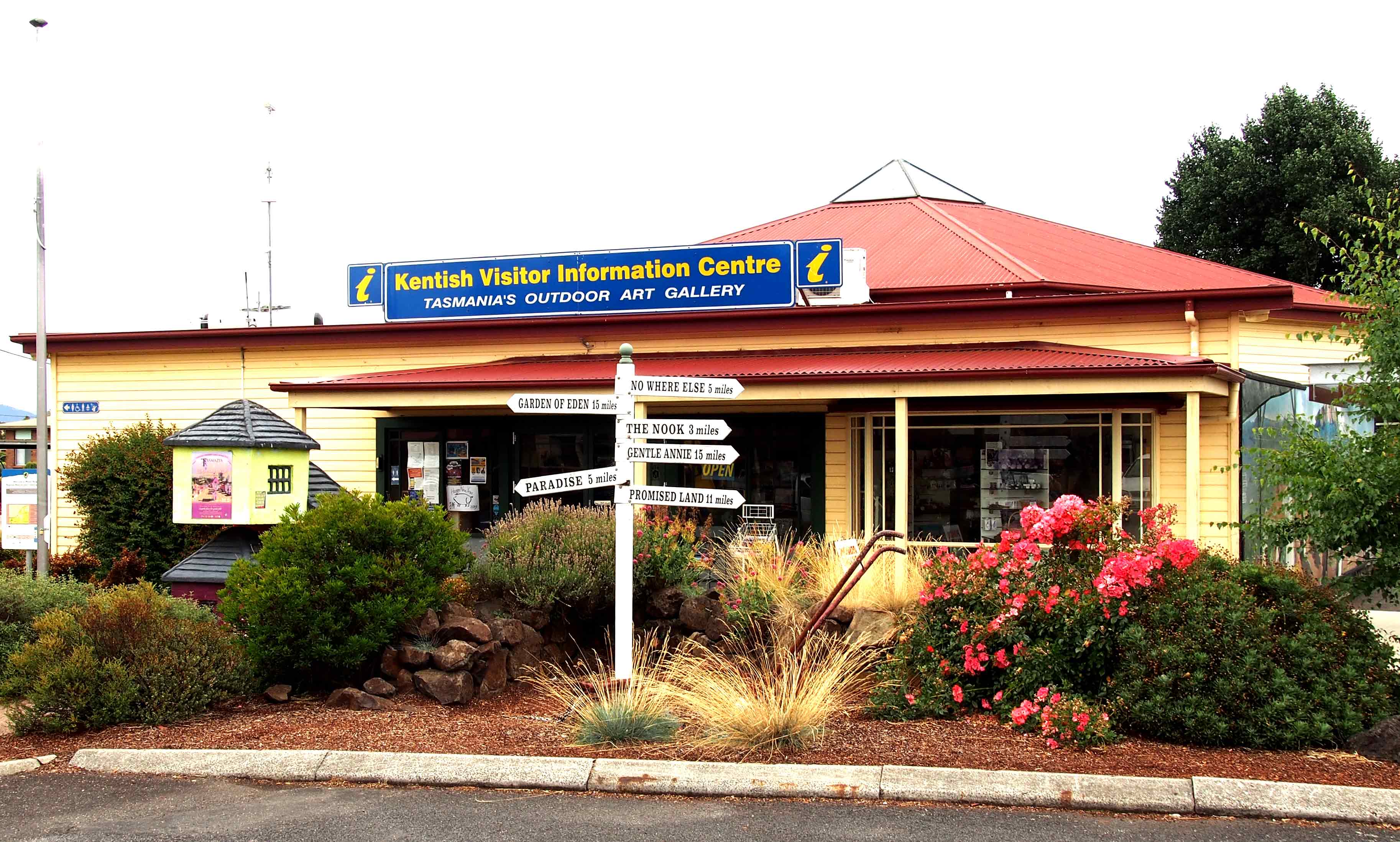 The ONTRAK Gallery (inside VIC)

In 2012 the committee president became ill and the then vice president took on the role. The focus was on making ON TRAK a success, but other activities such as monthly Featured Artist exhibitions and regular workshops continued at the Working Art Space.

In 2013 further initiatives were undertaken to complement the core activities of the group. These initiatives were;
• Hosting of a Sculpture Competition on behalf of the Mural Fest committee
• Hosting of The Inspire Fest competition for disabled artists, also on behalf of the Mural Fest committee
• Assembling the Mural Fest Photographic Archive consisting of photographs from previous Mural Fests taken by a long-standing TRAK Member, Johann Pfeiffer to be displayed at the WAS gallery during Mural Fest each year.
• Establishing a Photography Club following a camera workshop given by a local professional photographer.
• Submitting a successful application to the Tasmanian Community Fund to construct a Mosaic Pathway across King George V Park to attract visitors to the Working Art Space.

In 2014 funding for the Mosaic Pathway was released midway through the year and work commenced on 8th October with TRAK members doing much of the heavier work on the concrete pathway as well as creating the mosaics and the three garden beds. The Pathway was officially opened by the Deputy Mayor of Kentish on 22nd Oct 2016.
During September/October 2014 TRAK staged a major travelling exhibition organised by victims of the devastating 2012/2013 Tasmanian Peninsular Bushfires, which was aptly named “Out of the Ashes”. The exhibition featured 90 artworks and several personal reminiscences presented in unique and entertaining ways by the artists themselves.

In June 2017 the TRA organisation wound up after 72 years of operation due to its inability to secure funding. This marked the end of an era for TRAK and the committee was faced with a huge administrative task creating a new business and organisational identity involving a name change to Working Art Space Sheffield (WASS). Our association with Kentish Council remained strong and we continued on as a Special Committee of Kentish Council managing the Drill Hall but now that we were fully under the auspices of Council we needed to adopt yet another name for business purposes and officially became Kentish Council, T/A Working Art Space Sheffield. Most activities continued through the year but there was a reduction in the number of workshops offered due to the increased administrative workload on the committee.
In order to remove our association with the defunct TRA organisation and to link our two galleries to the new organisation’s name it was decided to create a new business logo, rename both galleries and install new signage outside of both. The names chosen were the Albert Gallery and the Pioneer Gallery reflecting the street location of each gallery. This meant replacing the permanent sign outside of the Albert Gallery and creating a new A-frame sign to be positioned outside of the Visitor Information Centre where the Pioneer Gallery is housed. 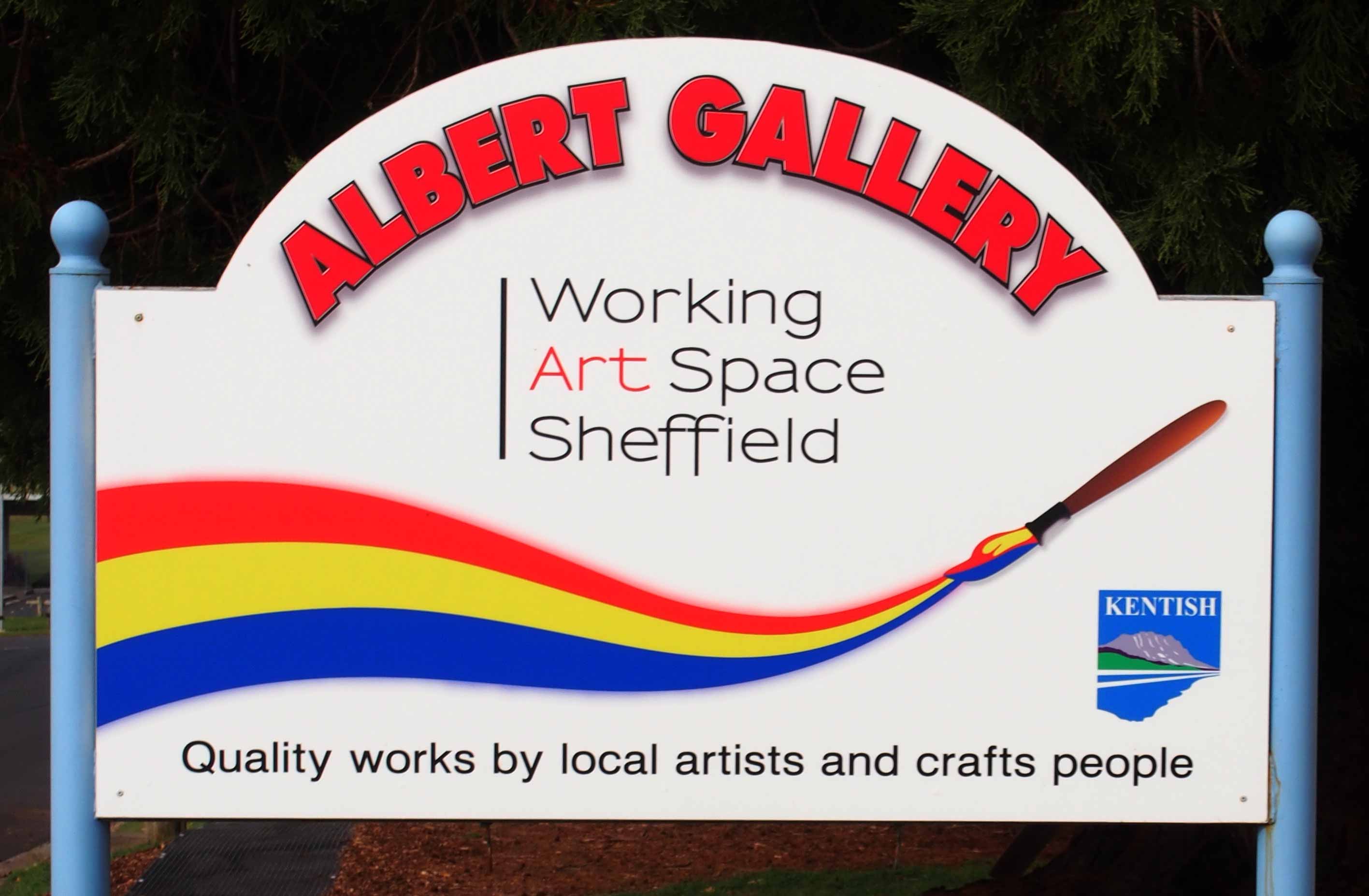 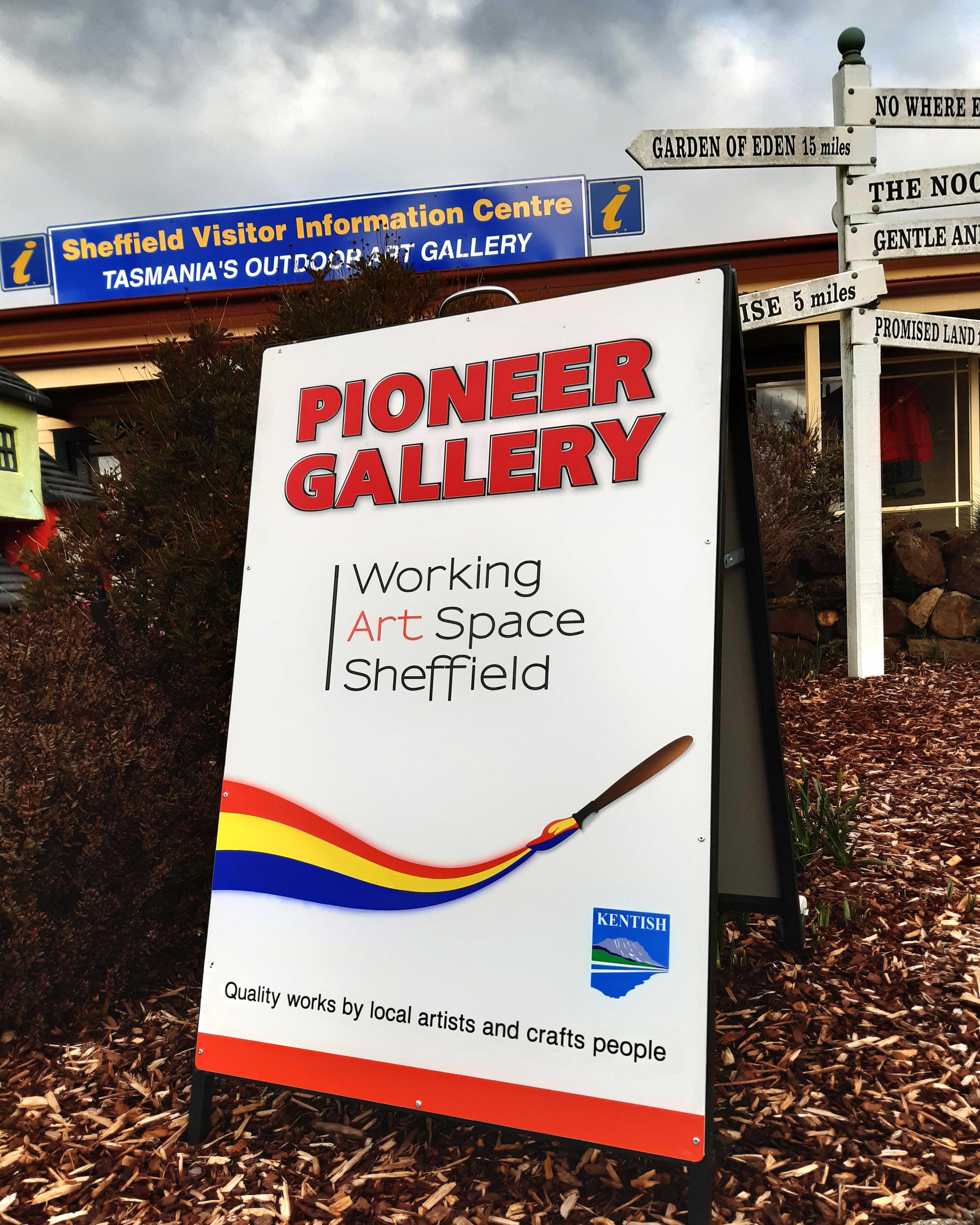 Also, during 2018 in recognition of the need to capture more sales an EFTPOS facility was installed with mobile terminals located at each gallery. Extensive training was given to members who were at first reluctant to engage in this new technology but soon came to see that the move was beneficial in capturing sales that would otherwise have been lost.

That same year the Council approached WASS with a proposal to relocate our gallery to the Senior Citizen’s Centre adjacent to the Visitor Information Centre in Pioneer Crescent. (the struggling Senior Citizens organisation could no longer justify the use of this building). The space was to be shared between three organisations: Working Art Space Sheffield, Kentish Arts, Commerce and Tourism and Sheffield Inc.
The building would need extensive modification to accommodate the needs of these groups, so an interim steering committee was set up to recommend the changes required. Two members from each group were appointed to this committee. WASS’s plan was to move the Pioneer Gallery into this space and use it as our primary gallery and retail outlet leaving the Albert Gallery to focus on workshops, functions and other community events. 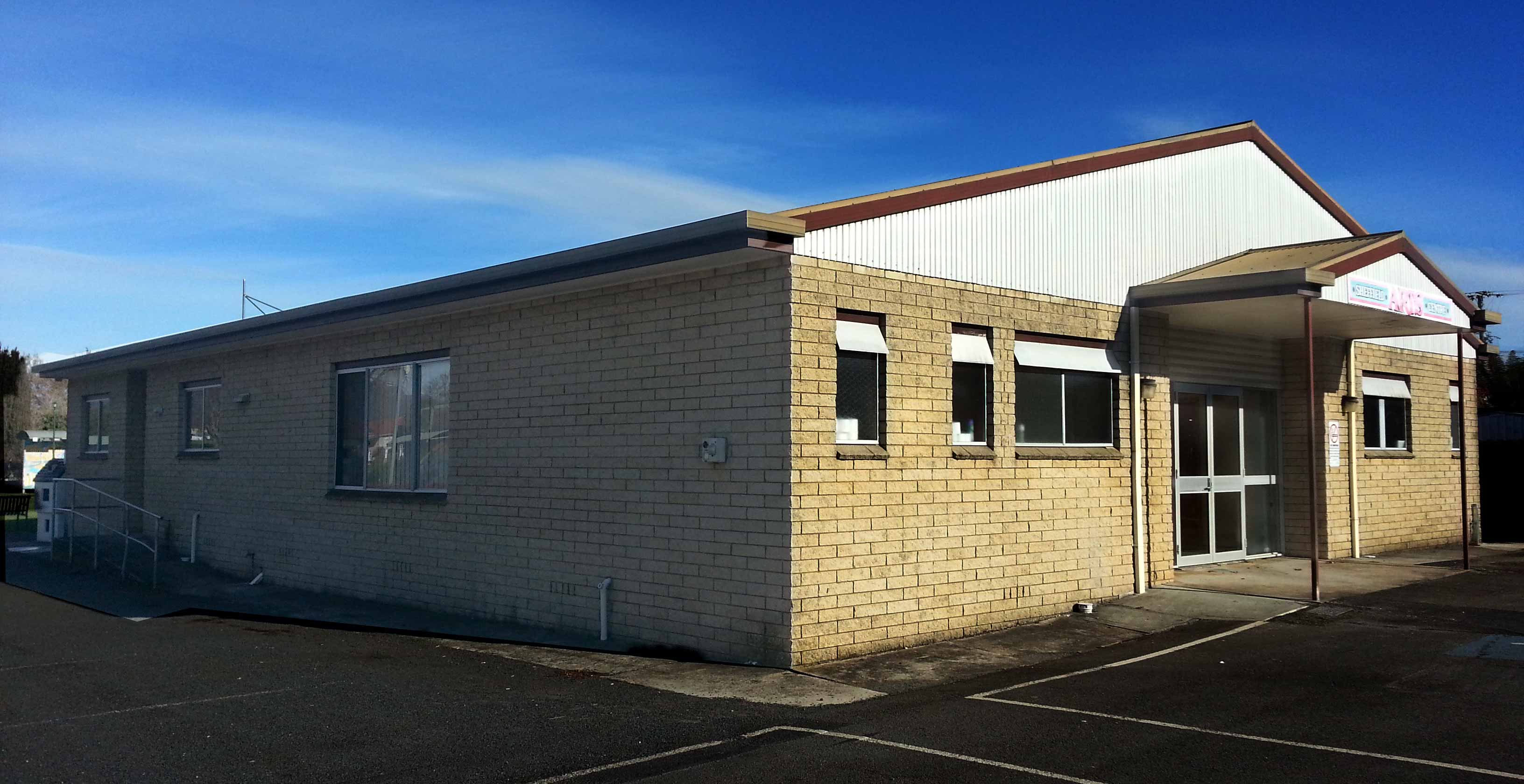 The Sheffield Arts Centre before upgrade.

In May 2018 a member of the executive committee agreed to develop a website for the group. A proposal was presented to the Committee at the September 2010 meeting and was accepted at the November meeting. Work commenced in January 2019, was reviewed by the executive committee in February, released to internal members in April 2019 and launched to the public a few weeks later.